During the course of serving 1.3 billion users on Alipay, Ant Group found itself living with a multitude of computing paradigms (such as AI, graph, and streaming) This brought about challenges in performance and development efficiency. Ant Group has used Ray to build a fusion engine to break computing boundaries and improve development and performance efficiency.
In Charles's keynote, he will introduce that in the process of large-scale production of the fusion engine, Ray's production cluster has reached 200K core at Ant Group, becoming the world’s largest Ray cluster in production. Meanwhile, we have enhanced various aspects of Ray Core's feature. In addition, Charles will discuss the achievements of the Fusion Engine last year and his vision for the future of Fusion Computing. 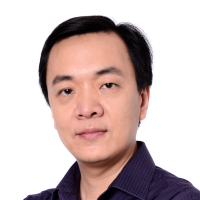 Charles Changhua He is currently chief architect of compute and storage at Ant Group, operator of Alipay, world’s largest digital payment platform. He obtained PhD in computer science from Stanford University and served as a seasoned tech leader at Google and Airbnb in Silicon Valley. Charles focuses on large-scale distributed systems and big data systems. While at Google, Charles led the development of Caffeine, a real-time web search indexing system which drastically improved search experience with much fresher results.

Charles joined Ant Group in 2017 and has since been responsible for compute and storage infrastructure, including financial big data systems, large-scale graph computing, and machine learning platform.