Anyscale Announces $40M in Series B Funding Led by NEA

Berkeley, CA. – October 21, 2020 – Anyscale, the company behind the Ray open source project, today announced it has raised $40 million in Series B funding. Led by existing investor NEA, with participation from Andreessen Horowitz (a16z), Foundation Capital, and Intel Capital, the oversubscribed round brings Anyscale’s total funding to more than $60 million.

Anyscale will use the funding to further grow the ecosystem around the Ray open source project and fulfill its vision of simplifying the development of distributed applications and putting AI in the hands of every developer. In addition, Anyscale announced its first commercial offering -- the Anyscale managed Ray platform, which provides developers with the illusion of an “infinite laptop” and is the first step toward making programming the cloud as easy as programming on a laptop. Anyscale also announced that Pete Sonsini, General Partner and Head of Enterprise Investing at NEA, will join the company’s board of directors in conjunction with the financing.

“Since launching Anyscale last year, we’ve seen Ray emerging as the tool of choice for programming distributed applications,” said Robert Nishihara, Co-founder and CEO, Anyscale. “This is only the beginning. The investment we’re announcing today will allow us to further remove the barriers to entry for building scalable distributed applications that have held organizations back from taking advantage of recent advancements in AI and machine learning. We will continue to enhance Ray and bring to market our first commercial offering.”

Anyscale released Ray 1.0 at the recent Ray Summit, providing a universal serverless compute API and an expanded ecosystem of libraries. Ray allows developers to build scalable libraries and applications without worrying about the underlying infrastructure and eliminates the need for in-house distributed computing expertise.

“The Anyscale managed Ray platform redefines serverless computing by freeing users from managing servers and enabling them to move seamlessly between their laptops and the cloud with no code changes,” said Ion Stoica, Co-founder and Executive Chairman, Anyscale. “This dramatically simplifies the process of developing and productionizing distributed applications and machine learning applications.”

“The demand for distributed computing continues to increase with the widespread adoption of AI and machine learning in application development,” said Pete Sonsini, General Partner at NEA. “Still, scaling applications on clusters remains extremely challenging. Serverless computing is emerging as the preferred platform for developing distributed applications. Unfortunately, today's serverless offerings support only a limited set of applications, and most of them are cloud-specific -- but not Ray and Anyscale. The company’s path thus far bears the hallmarks of a standout technology pioneer, and we’re thrilled to partner with the team through this next phase bridging their open source and commercial offerings.”

Ray was developed at the UC Berkeley RISELab, the successor to the AMPLab, which created Apache Spark and Databricks, and is currently used by companies including Amazon, Microsoft, Ant Group, and Intel, among others.

“At Intel, we are constantly searching for ways to better support the demands of AI workloads for our users,” said Jason Dai, Senior Principal Engineer, Intel. “In Analytics Zoo, we use Ray as a key component to bring AI to big data in a variety of ways. These include running emerging AI applications on big data clusters with RayOnSpark, AutoML for time series prediction using Ray, and more.” 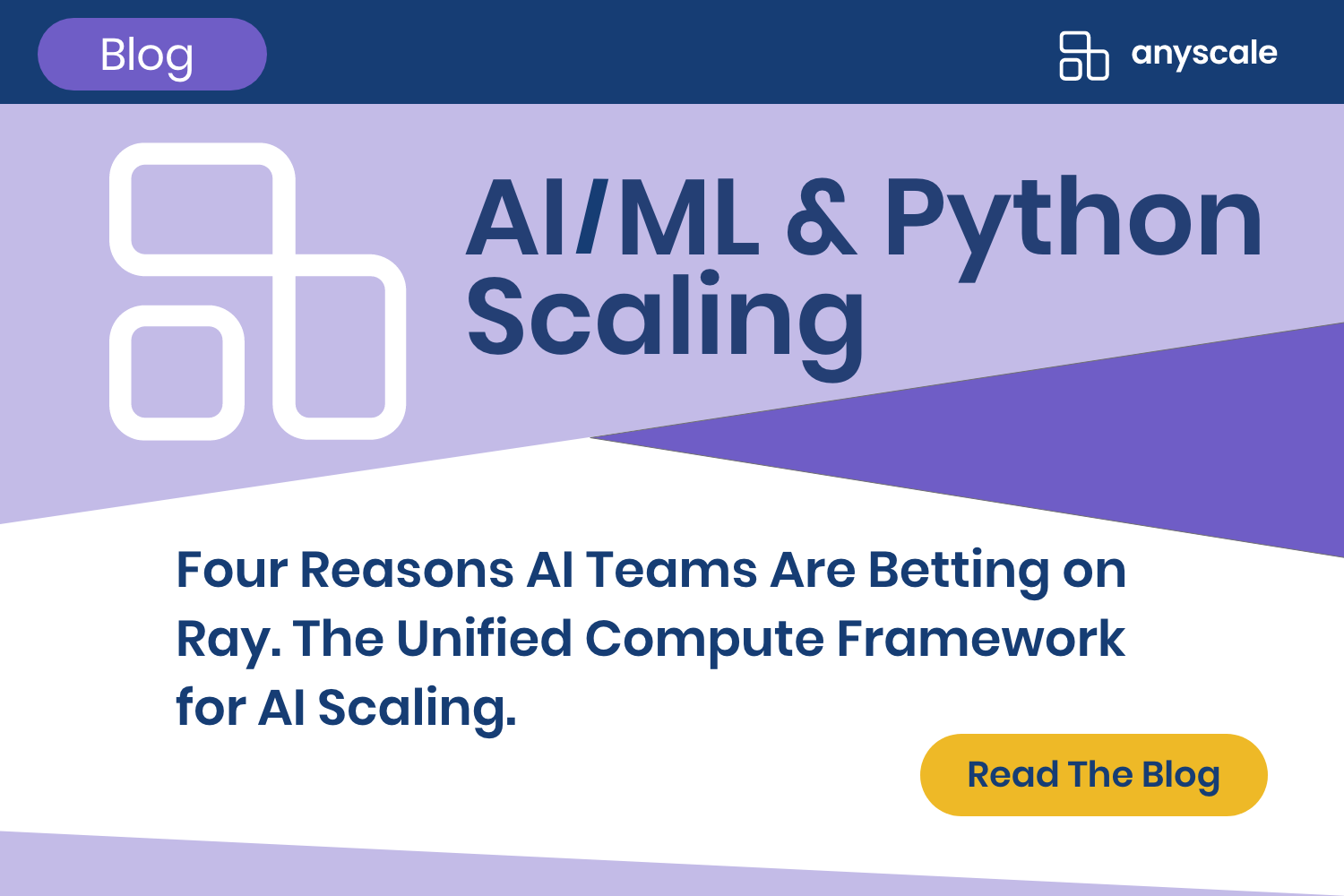