Redis in Ray: Past and future

Redis is a well-known open source in-memory store commonly used for caching and message pub/sub. Ray used Redis as a metadata store and pub/sub broker until version 1.11.0; starting in Ray 1.11, Redis is no longer the default. In this blog post, we will cover the history of Redis in Ray, and how the changes in 1.11 will allow us to focus on adding better support for fault tolerance and high availability in the future. 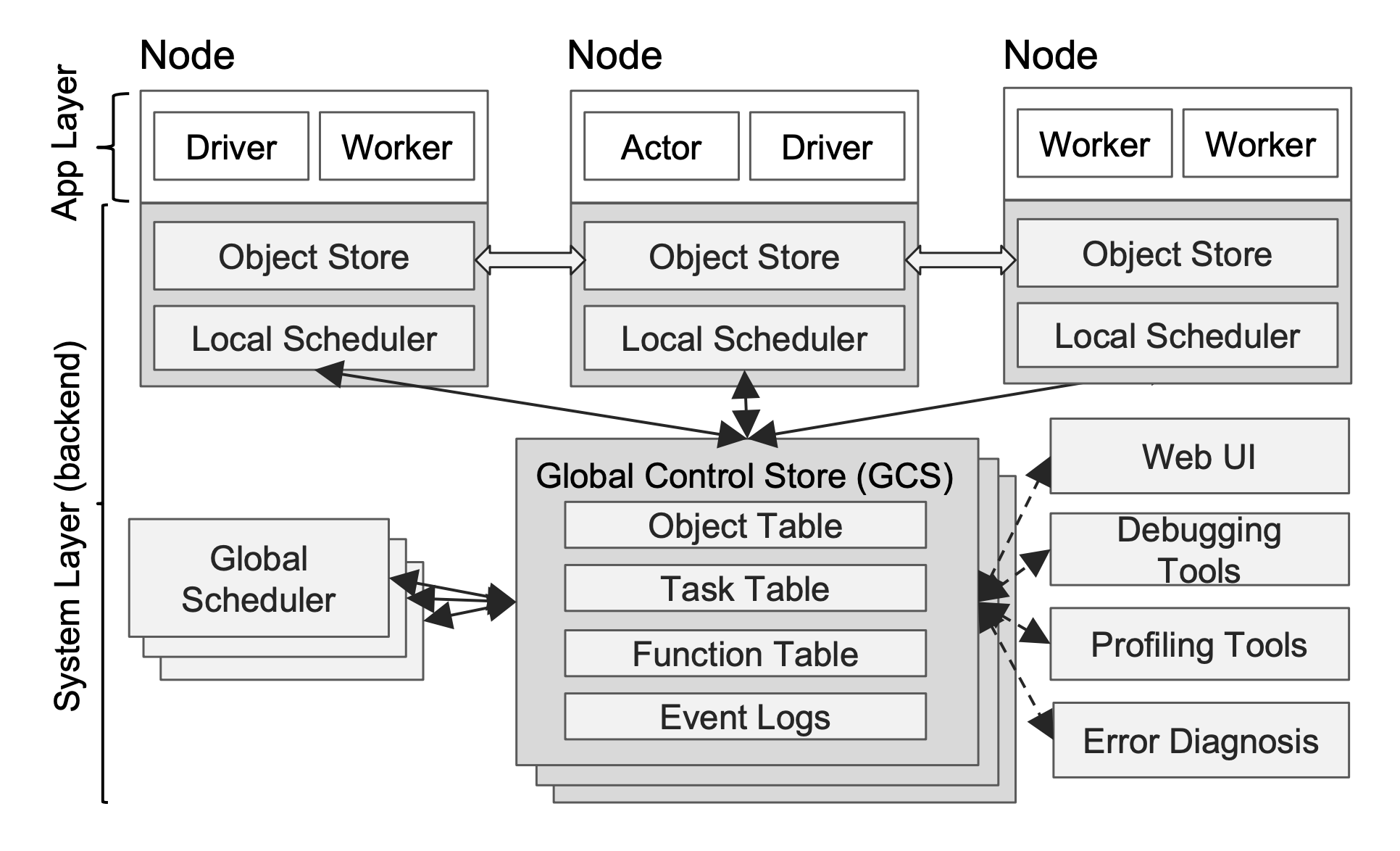 Before Ray 1.0, both cluster-level metadata (e.g., Task Table) and object metadata (Object Table) were stored in Redis. All other components can read and write to Redis directly. Redis was chosen as the shared key-value store because of its clean API, ease of deployment, and good client support across C++ and Python.

But one problem with this design is that all updates to object metadata need to go through Redis, which has finite CPU and memory. The Redis instance became a bottleneck with more objects in the Ray cluster — in fact, even before object refcounting was implemented. This bottleneck on object metadata was addressed in Ray 1.0 via distributed object metadata storage.

From Ray 1.0 onwards, object metadata including reference counts are stored with each worker (object owner) instead of Redis (more details at Ownership: A Distributed Futures System for Fine-Grained Tasks). The Redis instance only contains cluster / control plane metadata.

In Fig 2 above, Redis is still the backing store of the GCS. The workloads on Redis now include:

Although it was initially convenient to use Redis for these use cases, this approach has several shortcomings:

In addition, the original reasons we chose Redis were no longer valid after the Ray 1.0 architecture improvements. All components of Ray have integrated with gRPC, so Redis is not significantly easier to use compared to a gRPC interface on top of in-memory key-value store. Redis was also no longer on the critical path of most data plane operations (calling actor methods, transferring data, etc.), so we are not worried about a minor latency / performance difference between Redis and gRPC, unless it becomes very significant. 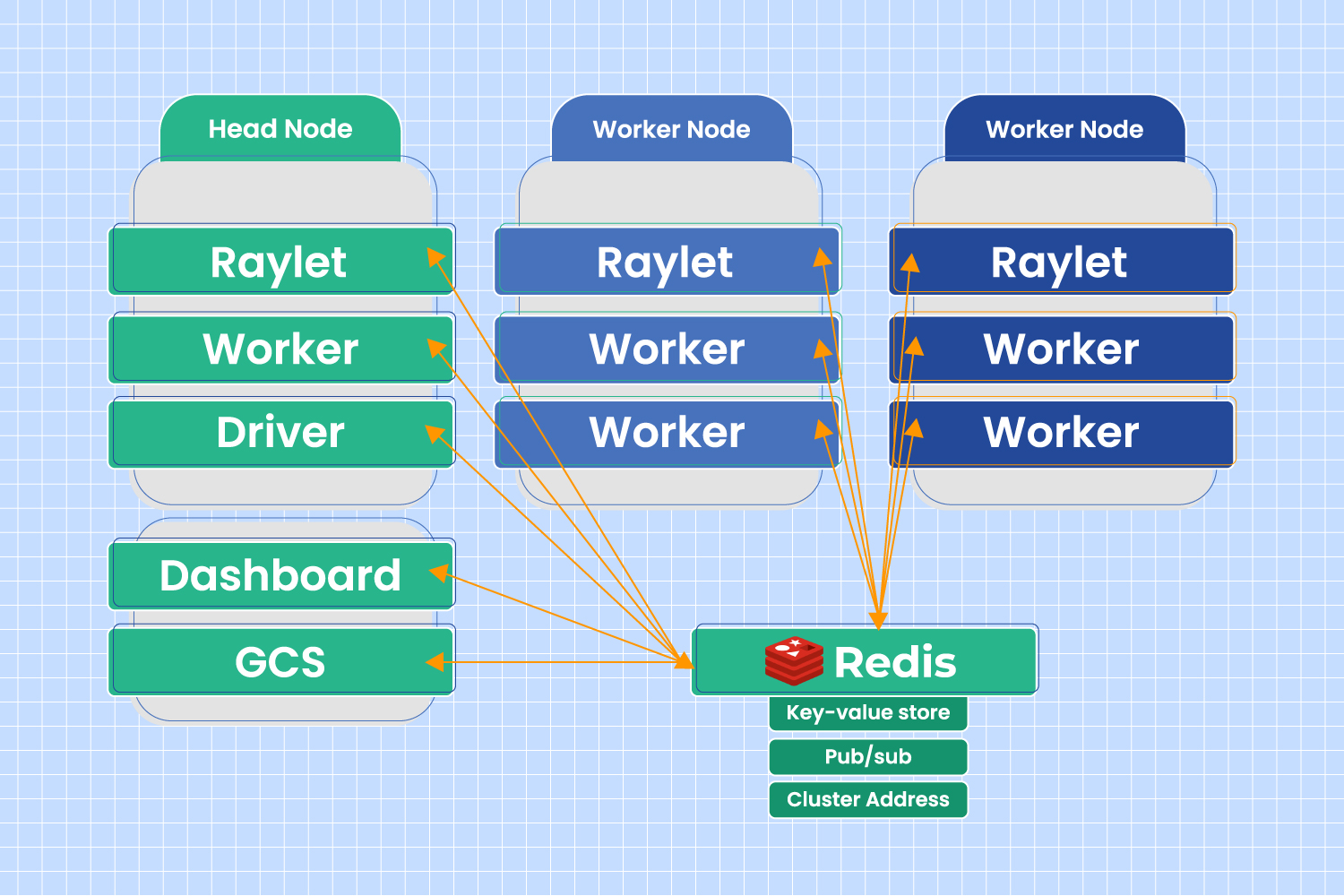 To address these issues, we embarked on a project to support Redisless Ray and pluggable metadata storage. The first step, Redisless Ray, was released with Ray 1.11.

The most significant change in Ray 1.11 is that Ray no longer launches Redis by default. For a Ray cluster not running Redis: 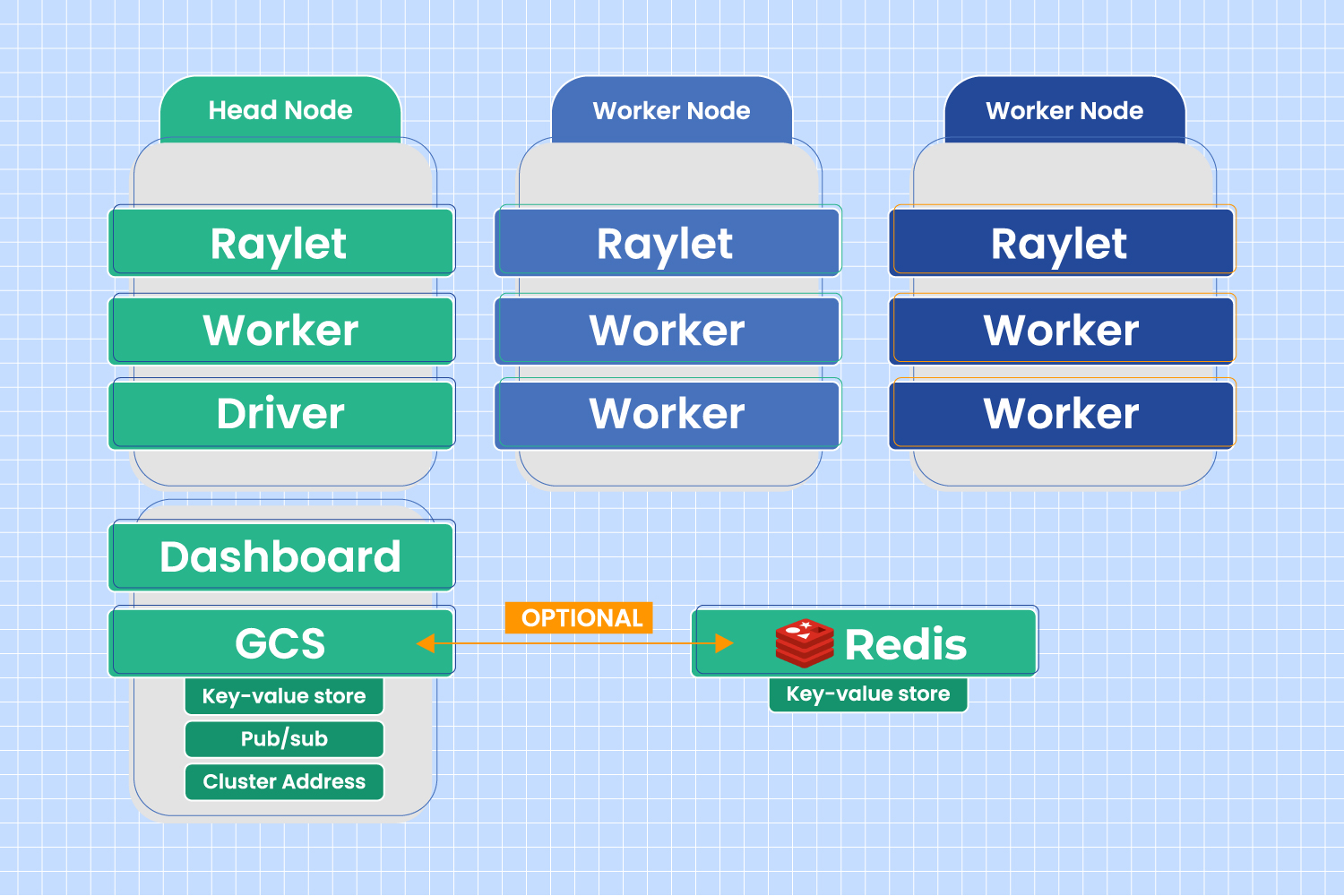 The benefits of Redisless Ray we have observed so far include:

Although Ray no longer stores metadata in Redis by default starting in version 1.11, Ray still supports Redis as an external metadata store. A number of Ray users have been running Ray clusters with external Redis instances — for example, to take advantage of custom highly available Redis implementations. Since only GCS can access Redis after Ray 1.11, the way to configure a Ray cluster to use external Redis has changed.

As mentioned earlier, Redisless Ray is just the first step. We are actively working to support fault tolerance and high availability in Ray. Stay tuned for future updates!

Getting started with Anyscale concepts, code, and clusters